The 2020 MLB season is now nearing the playoff stretch, both in real-life and fantasy. Sad as that may be, the next two weeks are crucial to all contenders.

Luckily, due to the extremely short season, those in need of help with pitching ratios in 5x5 leagues can still turn things around as opposed to most years where dramatic shifts won't take place in the standings.

To find starting pitchers who can avoid those disastrous starts and possibly give you a boost in ERA and WHIP, I will focus on Hard Hit rate. With the trade deadline gone in most fantasy leagues, I will dwindle these results down to pitchers who are available in more than half of fantasy leagues.

The Angels' pitching staff has (again) betrayed them this year and will deny the game's best player from reaching the postseason. They currently have the seventh-worst league ERA at 5.15. Losing Shohei Ohtani's arm hurt but the unmitigated disasters of Julio Teheran (7.94 ERA), Patrick Sandoval (6.75 ERA), and Jose Suarez (38.57 ERA) in the rotation for 12 turns hurt far worse. Barria steps into the starter role to see if he can at least plug a hole in the dam.

He is yet to throw a quality start since his last outing of five innings was his longest. He is also yet to give up a Barrel over 18 2/3 innings this season and holds a minuscule hard-hit rate of 22%. By comparison, possible NL Cy Young winner Yu Darvish is at 27.4% and Jacob deGrom is at 32.4% while likely AL Cy Young winner Shane Bieber is at 41.8%. 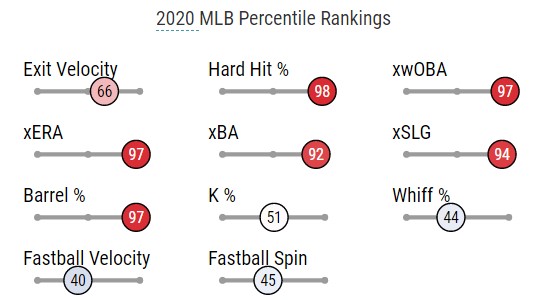 There hasn't been an uptick in velocity or change in pitch mix to account for his early success. The one difference this year has been that he is simply attacking hitters earlier by throwing strikes. His 73% first-pitch strike rate is up by 15 points from last year and 13 points higher than the MLB average.

There could certainly be regression based on his huge change in this category. His xSLG was .532 last year and now it sits at .283, so skepticism is encouraged. That said, his expected stats are pretty and he only needs to string together a couple more solid starts to help your staff.

As a former top-20 prospect, Walker has been on the radar for years. Unfortunately, he just hasn't stayed healthy, missing nearly all of 2018 and 2019. He came back fairly strong with his original team in Seattle this year, posting a 4.00 ERA, 1.07 WHIP, and 13.1% K-BB% in five starts. That was good enough to get him dealt to Toronto, who was in desperate need of rotation help.

His first three starts have been everything they could have hoped for. He tossed six scoreless innings in his first outing up north (in Buffalo) and then allowed two runs on six hits over 5 2/3 IP in his next start before blanking the Yanks for four frames. Admittedly, the Orioles and Red Sox aren't the fiercest offenses to face and the Yankees aren't looking too scary these days either but he'll likely face the Mets and possibly the Orioles once more to finish the year.

Walker won't post great strikeout numbers but that's not the intention of these recommendations anyway. Take the ratio help and the possible W if he's available on waivers.

Freeland had done what is remarkably rare in 2020 - strung together seven quality starts to start the season. The ability to pitch at least six innings each time without getting tattooed is something fantasy managers will gladly take. He hit a couple of rough patches that seemed to end the dream but bounced right back by shutting out the hot-hitting Padres over six innings.

Freeland also lacks in the K department, more so than Walker. His 16.2% K% is not far below his 17.8% career mark. His 4.45 xERA also implies some regression may come but he has proven to be mostly boom with just two bust starts this year. Despite an unfavorable home park, Freeland is restricting hitters to an average exit velocity of 86 MPH, a hard-hit rate under 32% and has given up six HR in nine starts. He does this by working the edges of the strike zone and nibbling on the corners. 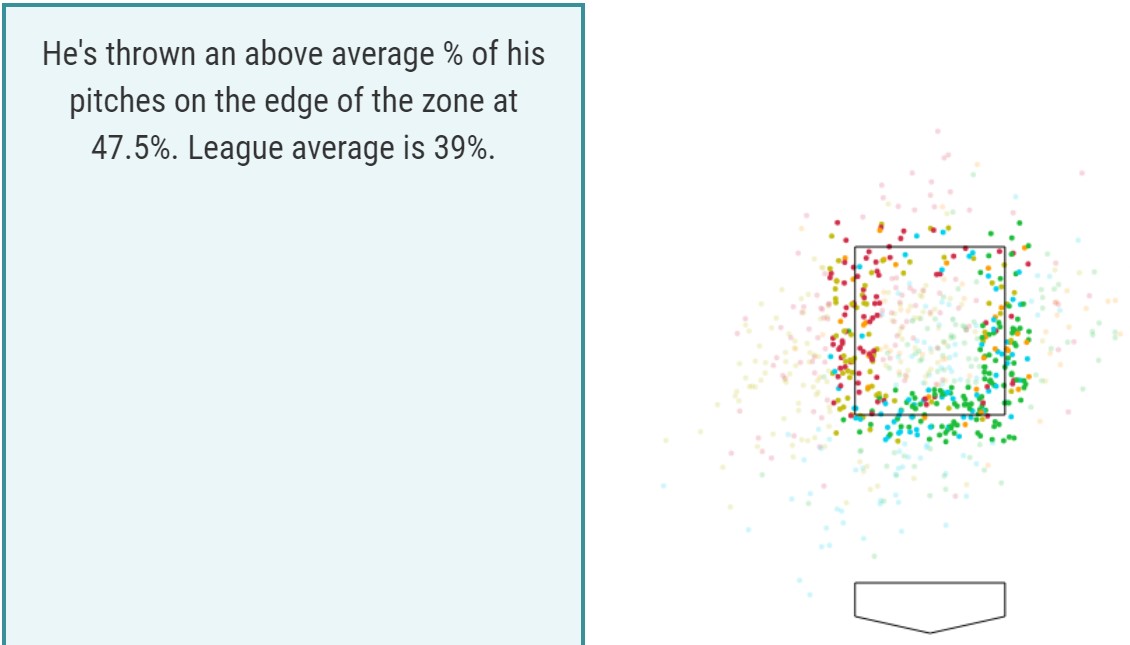 Freeland will stay at home to face both L.A. teams before hitting the road to take on the Giants in what will likely be his final start of the year. Facing the Dodgers is always risky but Freeland can be streamed semi-confidently against the Angels and Giants.

Seemingly every week there has been an opportunity to take a jab at the D-backs rotation in this column, but it's time to look ahead and focus on the positive. The team has thrown in the towel on this season but someone has to fill Robbie Ray's erratic shoes.

Clarke has been solid since joining the rotation, if not spectacular. He did allow a season-high four earned runs his last time out but it was against the NL-leading Dodgers and he stretched out to six full innings, which was his longest of the year.

Clarke's improvement over last season's brief debut is noticeable because he allowed an embarrassing 12.1% Barrel rate and .518 xSLG in 2019. He ditched his sinker and has gone to the changeup more, with good results. A slight uptick in velocity doesn't hurt either.

You'll get about a strikeout per inning with Clarke, which gives him an edge over most of the other starters in this column. You may not get any wins, however, seeing as how he is on the Diamondbacks.

Advocating for a Boston player in 2020, much less a pitcher, is a challenging task. Perez has never been more than a desperation streamer in the first place, as his career 4.70 ERA and 1.48 WHIP would indicate. That remains the case but he could be a more reliable option than most SP available in fantasy leagues.

Since moving on from the Rangers, Perez has dropped his hard-hit rate to extremely low levels of 29.7% in 2019 and 30% in 2020. Accordingly, his 86.2 average exit velocity was in the top four percentile last year and is even lower this year at 85.4 MPH. Interestingly, this corresponds with a move from being a ground ball pitcher upon entering the league to more of a fly-ball pitcher these days. He's still managed to limit hard contact and put together some quality starts, with some bad ones sprinkled in.

Facing the Rays in Tampa is a risky proposition but Perez may be worth adding for the final two weeks if he matches up with Miami and Baltimore.