The NFL Draft revamped some offenses overnight. With a bevy of stud receivers on the market, many teams took advantage and bolstered their passing attacks. In addition, key QBs, RBs, and TEs were taken to plug in some holes on the depth chart for many teams.

Some offenses that were previously avoidable in fantasy football circles now look much more appealing and some teams that were already valuable became even more stack-worthy.

Who had the most noticeable upgrades in their offense? Let’s take a look.

It has been publicly known that the Denver Broncos are one of the most improved offenses thanks to the NFL Draft. Rookie QB Drew Lock rounded out into form at the end of last season, going 4-1, and bringing in much promise into 2020. For the first time since the great Peyton Manning retired, there is hope at QB for Denver. In addition, the team returns breakout receiver Courtland Sutton, bruising Philip Lindsay, and Noah Fant, along with a newly signed free agent in Melvin Gordon III.

That offense alone looks scary. Now, they have also added a polished receiver in Jerry Jeudy out of Alabama, speedy K.J. Hamler out of Penn State, and Missouri TE Albert Okwuegbunam, who was also a teammate of Lock’s in college at one point.

The Broncos have depth and talent across the board on their offense, especially after their draft acquisitions. The players on this offense will provide nightmare matchups for opposing defenses.

Hamler ended 2019 with 56 receptions, 904 yards, eight touchdowns, and 16.1 yards per reception. He can stretch the field and be the big-play guy on this team.

Meanwhile, Okwuegbunam finished three college seasons with 98 receptions, 1,187 yards, 12.1 yards per catch, and 23 touchdowns. The Missouri product and Noah Fant will make for a solid TE duo. The Broncos look ready to roll.

You made be wondering how a team like the Baltimore Ravens, who finished with a menacing and historic rushing attack last season, could improve its offense. They got the versatile Lamar Jackson at QB, a power running back in Mark Ingram, the speedy Marquise “Hollywood” Brown, and a monster tight end in Mark Andrews.

Well, you can never have too much depth. The Ravens went ahead and grabbed running back J.K. Dobbins from Ohio State and wide receiver Devin Duvernay out of Texas. Dobbins provides immense talent, as he rushed for 2,003 yards with 6.7 yards per rush in 2019 along with compiling 21 touchdowns. He also accumulated 23 receptions for 247 yards and two touchdowns.

Meanwhile, the 5’11” Duvernay had a terrific senior season at Texas in 2019, getting 106 receptions, 1,386 yards, 13.1 yards per catch, and nine touchdowns. He brings great speed and is a solid complement to Brown in the receiving core. The Ravens are truly going all-in in 2020, as their offense looks quite robust. 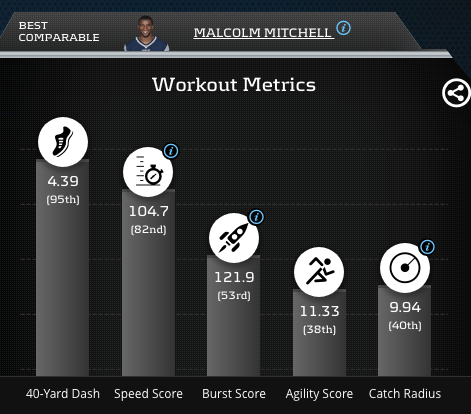 The Bengals kicked off the draft by getting their quarterback of the future and followed up by adding a big-bodied receiver to help him out. To nobody’s shock, Cincy took Heisman winner Joe Burrow out of LSU at Number 1. Now, the hope is that the 23-year-old can lead this team to relevance.

In 2019, the season his LSU Tigers won the National championship, Burrow accumulated 5,671 yards passing, a 76.3 completion percentage, 202 passing efficiency rating, 60 touchdowns, and six picks. Coming off one of the best college seasons ever, there is hope the Bengals found the guy who can hopefully lead them to the promised land in the future.

To help that, the team also added Tee Higgins out of Clemson. Higgins is 6’4”, and finished three years in college with 135 receptions, 2,448 yards, 18.1 yards per catch, and 27 touchdowns. Alongside Joe Mixon, A.J. Green and Tyler Boyd, Higgins is a great addition to instill fear into opposing defenses.

The Indianapolis Colts provided their newly acquired veteran QB Philip Rivers, with some great weapons through the draft. First off, they took big-bodied receiver Michael Pittman Jr. out of USC to complement the reliable T.Y. Hilton. The California native’s best college season came last year in 2019, where he stockpiled 101 receptions, 1,275 yards, 12.6 yards per catch, and 11 touchdowns. He averaged 14.7 yards per catch throughout college.

In addition, the team also drafted Jonathan Taylor out of Wisconsin, who should finish off a great one-two punch with fellow RB Marlon Mack. Taylor finished three college seasons with 6,174 rushing yards, 6.7 yards per rush, 50 rush touchdowns, 42 receptions, 407 receiving yards, and five touchdowns. If the Colts want to make some noise in the AFC South with an aging QB, they now have the pieces to do so.

The Las Vegas Raiders hope to make their inaugural season in Sin City a great one. They already have their home debut on Monday Night Football against the Saints. They also added some weapons on offense to bolster the unit.

This includes Henry Ruggs III out of Alabama, who is slated to take the role of WR1 (you know, the one Antonio Brown was supposed to take last season). Ruggs is a difference-maker who has blazing speed (4.27 40-yard dash) and explosive abilities. 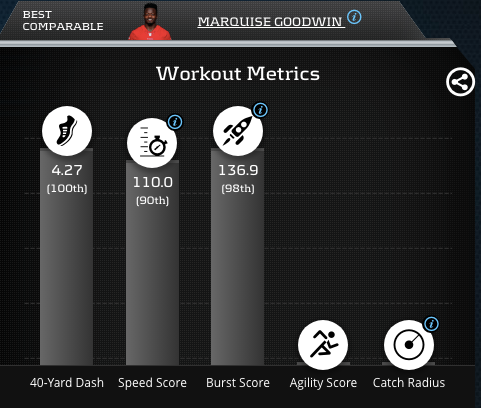 In three seasons at Alabama, the receiver had 98 receptions, 1,716 yards, 17.5 yards per catch, and 24 touchdowns. He can stretch the field and has just as much upside as other hyped receivers from this draft like Jerry Jeudy and CeeDee Lamb.

To add to that, Vegas took Lynn Bowden Jr. out of Kentucky and Bryan Edwards out of South Carolina as well to add to a unit that features Josh Jacobs, Darren Waller, Tyrell Williams and Hunter Renfrow.

Bowden has been compared to New Orleans Saints QB Taysom Hill, who is known as a Swiss Army knife for his versatile abilities to play any position. Bowden can also play RB and QB. In terms of stats, he finished last season at Kentucky with 1,468 rush yards, 13 rush touchdowns, 30 receptions, 348 receiving yards, and one receiving touchdown. He offers dual-threat abilities on the Raiders offense and can be considered a hybrid player who fills in as needed.

The Dallas Cowboys surprised everyone and took WR CeeDee Lamb out of Oklahoma at number 17. Owner Jerry Jones made the move based on talent, and it only strengthens a powerhouse offense in return.

With a stud RB in Ezekiel Elliott and two 1,000-yard receivers in Amari Cooper and Michael Gallup, the Cowboys’ receiving corps just got scarier. Lamb had two 1,000-yard seasons in three total years of college ball. He finished those three seasons with 173 receptions, 3,292 yards, 19 yards per catch, and 32 touchdowns.

It wouldn't be unreasonable for a fantasy manager to own three or four Cowboys at a time this season, especially as new coach Mike McCarthy is expected to open up the offense even more.